Growth hacking at Originally US

Originally US builds award-winning digital experiences for all industries. We began just 4 years ago with bootstrapped capital of just S$500. Today, we have achieved millions of dollars in revenue.

A popular term for tactics employed to promote such rapid growth is growth hacking. Very simply, growth hacking refers to the process of quick trial and error processes implemented on the business to identify efficient ways to grow a business. 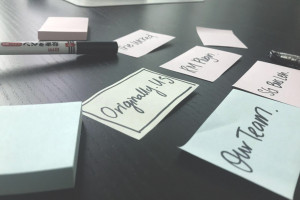 Contrary to popular belief, Growth Hacking is not a one-time effort. Few companies can simply find one successful avenue for growth since most of these methodologies are easily implementable and can be mimicked by competitors. There are also various factors external to businesses which are hard to control. Unless you can create an offering that cannot be replicated, growth hacking is a daily struggle that emerging companies have to partake in.

At Originally US, we are constantly finding ways to grow our company, whether it is looking for opportunities to add value to our customers, or creating our own intellectual properties to serve an under-addressed need in the market. While we have had our fair share of successes with our growth hacking efforts such as with SG BusLeh, which are used by Singaporeans more than 7 million times every month, it is worth noting that we have our fair share of failed projects and initiatives as well.

Learning from the past:

“ We learn to walk by falling down. If we never fell down, we would never walk.” ― Robert T. Kiyosaki, Rich Dad, Poor Dad

History is replete with webs of causation. To erase a mistake from the past is tantamount to obliterating the world we now know. Thus, more often than not, it is best to consider the lessons that we can learn from the past. We have engaged in growth hacking efforts for a while now, and we definitely have had some experience with less successful projects. 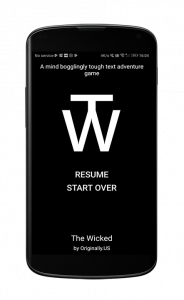 The Wicked: Can You Survive?  is a mobile app puzzle game that was released as a sequel to The Wicked during its 10th year anniversary of its release back in 2006. Back in 2006, The Wicked was played on a desktop browser, and back then, the puzzle game had grown quite a bit of traction such that at its peak it even grew a local cult-like following. The release of its sequel had kept us excited and on the edge of our seats as we had hoped to replicate the success we had previously tasted.

It felt almost intuitive that the sequel of a mildly successful product which was built with more up-to-date technology and was more accessible to individuals would be able to achieve similar, if not greater success than its predecessor. The initial months of its release were hopeful, with a general positive response from the users. But as the weeks passed we realised that uptake began to plateau and not long after it dawned upon us that the window to gain significant traction had slipped past.

I suppose this was a very simple lesson and reminder on how  “past behavior does not determine the future”. It was without question dismaying- having to come to terms with this misstep, but there is little value to wallowing over the matter. Instead, we considered the takeaways from the experience. In some ways, the venture had its rewarding aspects, for instance, we gained some expertise in writing mobile games, and even some storyboarding, and of course we learnt that successes are not easily replicable.

At the end of the day, although the launch did not go according to plan, we must be unafraid to continue searching for opportunities and must not let this short stint dampen our spirits. 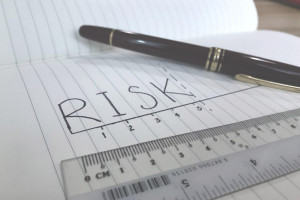 The act of searching for new opportunities and employing rapid innovation is not synonymous to making risky decisions all the time. Sure- risk is inevitable and often unavoidable, but as a company that wants to keep afloat in the long term and be accountable to its stakeholders, it is important to employ measures to ensure that risks are contained. After all, at Originally US, we aim to be a responsible company where we recognise that payrolls of employees should be maintained and we want to build and maintain meaningful relationships with our clients.

Taking measured risks can come in many forms: for instance balancing the pros and cons of taking on new projects when the team is already at full capacity. Careful scheduling and client communication is always a decent remedy to this.

Now and then we are also introduced to projects from clients or even personal projects that involve us venturing into unfamiliar territory. Though these projects may sound interesting to execute and delve in (and look good in our portfolio), it is necessary to take a step back to see the bigger picture. In order to balance the risks, we need to identify whether there are synergies in taking on the project. Synergies can do wonders for a company (Just look at Uber!), and functioning synergies are definitely essential for a project’s success. In the case of our company- synergies would mean doing projects that we know can help us grow in other aspects as well.

We have learnt that all projects require a thorough thought process. In other words, any product that we create, regardless of whether it is client owned or company owned requires a proper plan from execution to end consumer. A part of this execution plan always involves a beach head.

To put simply- a beach head in a business sense refers to the particular target audience of a product plan that a business believes they should concentrate their resources on before expanding. For instance, targeting new mothers for a baby journaling app that allows them to track their little one’s growth, or building property information apps as lead-gen tools for ambitious property salesman.

The idea is to focus on a very specific target audience and ensuring that this would be the starting point and most successful market segment before expanding your customer target audience. This ensures a stable foothold for the overall project.

As simple as it sounds, finding a beach head is often a challenge, nonetheless necessary when growth hacking. Ideally, solutions and products should have a base target audience where without all other market segments, the solution remains sustainable with just the beachhead.

We are definitely no experts on the subject matter of growth hacking, but we have had our fair share of experiences are are still learning through new opportunities and occasional missteps.

“In tech, we are not afraid of leveraging new emerging technology and using them to bring value to our clients. Whereas in business, we are unafraid to embark on new initiatives and opportunities and we are ok with failure – because that’s how we learn and grow and serve our clients better as well”  ― Calixto Tay, Managing Director of Originally US