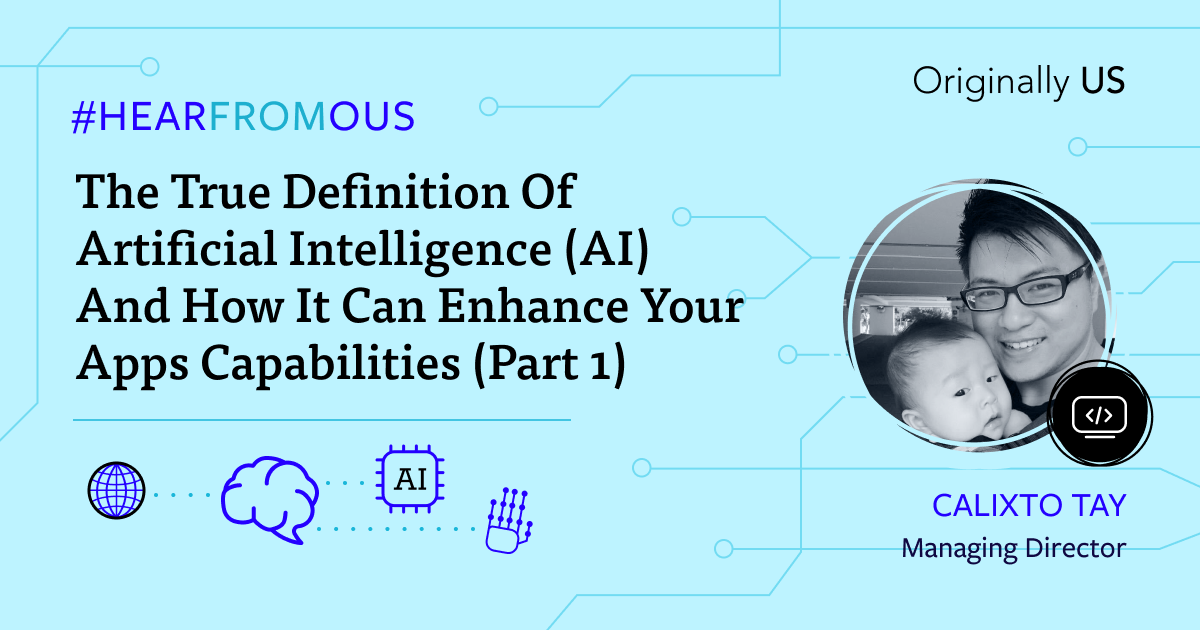 There has been a revival of interest in this field in recent years, with programmers and IT companies claiming AI/ML as the one-stop solution to all business challenges and problems.

The Truth Behind AI/ML

Unfortunately, the true capabilities of AI/ML are often distorted by overzealous IT company salespeople, leading to misaligned expectations with clients or solution purchasers.

However, these salespeople may not be consciously trying to mislead their clients. , This distortion by sales personnel can be unintentional — they simply lack the technical knowledge to fully understand what they are supposed to sell. Thus, it is our responsibility to improve our knowledge and ensure we are well informed of the actual capabilities of the technologies.

The distortion comes in two forms:

To fully address this distortion we would first need to discuss the definition of “Artificial Intelligence” and “Machine Learning”.

Well… if only things were so simple. Let’s press on.

What is Artificial Intelligence?

If you do a quick search on Wikipedia, it is stated that leading textbooks define AI research as the study of “intelligent agents”: any device that perceives its environment and takes actions that maximize its chance of successfully achieving its goals. As long as a non-living thing can perceive its environment and maximize its success goal, it can be labeled as an “intelligent agent” or in other words “Artificial Intelligence”.

There’s a huge problem with this definition. By just using this definition, if I write a simple program that beeps (a warning sound) whenever someone presses a button, that is already Artificial Intelligence. This is because my non-living piece of software is able to perceive its environment (button press, similar to the sense of touch), and use that to maximize its success goal (issue a warning).

This is the reason why salespeople could be labeling anything under the sun as Artificial Intelligence and they are technically not wrong (by Wikipedia’s definition).

If that’s not it, then what is Artificial Intelligence?

As a developer of more than 20 years, Artificial Intelligence to me refers to software or applications that can carry out their tasks without the human programmer being required to fully dictate how the task can be carried out.

For example, in writing a Tic-Tac-Toe program, I do not define every single possible strategy or moves that the program should make under each condition. I simply define what a losing or winning game looks like, and let the program figure out the rest.

In other words, as long as the software can carry out a task without being instructed word for word by a programmer how the task should be executed, the software exhibits Artificial Intelligence.

What is Machine Learning?

A software, with its extremely fast processing speed and persistent memory, would then be able to draw on all its past experience playing against itself to win against human players. That’s a form of Machine Learning.

Are these Artificial Intelligence?

When we think about AI, we often form in our minds the picture of a computer terminal or a robot that can talk to a human and hold a conversation.

But such chatbots (the industry term for software that is able to chat with a human) may or may not be a form of Artificial Intelligence.

In 2003, while I was 15 years old, I developed “ProSole”, a smart virtual assistance very similar to Google Assistance or Siri nowadays.

Here’s a video of “ProSole” in action.

While ProSole looks and feels like AI, it isn’t one. It has no learning capabilities, and all possible responses to my conversations were actually pre-programmed into the software by me. In other words, the software did exactly what I told it to do. It didn’t improvise or learn.

Likewise, the very popular Bus Uncle chatbot works in exactly the same way as what I have programmed when I was 15. It doesn’t learn on its own and every single possible response were programmed by its programmer. However, the media often refers to Bus Uncle as an AI because most reporters do not know the distinction.

So, the next time someone tries to sell you a chatbot software and claim that they are selling you AI, question them —can their chatbot improvise and learn?

If you’re looking for a trusted mobile app development company to build your app, let us discuss how we can help you! Chat with us on Whatsapp today.

Why Good Design Is Worth Paying For